A Reframed Piece of Mike’s Mind…

Starting in October, our Racial Justice Project at First Unitarian Denver is going to be initiating a conversation among our congregation about racism and reparations.  My column this month provides a little of my own thinking about the background for this conversation.
Ta-Nehisi Coates recently wrote:
Basically, Americans talk about "race" but not "racism," and in doing that they turn a series of "actions" into a "state." This is basically true of all our conversations of this sort, left and right. You can see this in all our terminology—racial justice, racial quotas, racial discrimination, etc. But this language is ahistorical, and it obscures the current conflict. Affirmative action, for instance, is not intended to remedy plunder (action) but to aid "women and people of color" (state) or produce "diversity" (another state). And the benefits of affirmative action are not people who have been plundered, but "the black race."
But American notions of race are the product of racism, not the other way around.  …It is important to remember that American racism is a thing that was done…, and we should never forget that this world was "made." Whiteness and blackness are not a fact of providence, but of policy—of slave codes, black codes, Jim Crow, redlining, GI Bills, housing covenants, New Deals, and mass incarcerations.
If you caught that, Coates is saying that the very way we frame our discussions, as being about race, or racial disparity, or racial reconciliation, or racial whatever, instead of racism; that framing itself is a manifestation of white culture, white denial, whitewashing of the real issue.  I readily admit that this kind of blew my mind.  I have been in dozens, maybe a hundred meetings where I and everyone else in the room, white and black, have unwittingly adopted that very frame.
But when you move beyond the unproductive, abstract frame of race (racial this or racial that) and focus specifically on racism - historical, systematic, merciless racism - then you smack into a much more deeply human problem.
When there has been a hurt… so deep, so violent, so crushing to body and soul, a hurt beyond any meaningful way to measure it, with insult added to the injury, what is to be done?
When a crime against humanity has gone on for ten, twenty, or more generations of people...  When the system that willfully initiated those crimes is still ongoing but in a somewhat different and shallowly disguised form…  When virtually every white person, alive or dead has benefited from these crimes….  When so much time has passed, so many lies have been told, and so much denial permeates the world, how are we even supposed to imagine making that right again?
What does it even mean for white people to be in right relationship to that history, the current reality, this truth?
There is nothing easy about this subject.
To be clear about my own point of view, I am not presupposing or predicting any particular outcome of this discussion at First Unitarian Denver, but I am very invested that we have the conversation.  In my humble opinion, we’ve read enough books, heard enough sermons, hired enough consultants, attended enough marches, learned enough history, and considered the gross disparities in health, wealth, incarceration, opportunities, and education.  It’s time to take the conversation to a deeper place, beyond consideration, and into what can actually be done by a community like ours to address this gaping wound in our nation.

Join us on Sunday's at 10:00am, in person or online.
No sign-up is required to attend in person. At this time, masks are optional but highly encouraged for those who might have been exposed, might be at higher risk for sever illness, or have weakened immune systems.
Our service streams to Facebook, Youtube, and Zoom (meeting ID is 466-677-668 and the password is 454623).
Our in-person coffee hour will resume soon! Join us for virtual coffee hour on Zoom after the service. The meeting ID is 912- 1732-1324. Come see familiar faces and meet new people.

See you on Sunday, 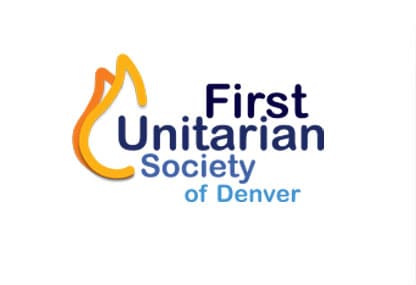